Carolyn Webster-Stratton recently attended and presented at a conference, held at the University of Coimbra in Portugal, “Prevention and early intervention for behavioral disorders in preschool children: the effectiveness of parenting programs and school-based evidence.” Portuguese researchers at the University shared their findings delivering the Incredible Years Parent and Teacher Programs.

The University of Coimbra is a public university, established in 1290. It is one of the oldest universities in continuous operation in the world and currently has around 20,000 students and hosts many international students. While there, Dr. Webster-Stratton felt she had been transported to Hogwarts, especially when she viewed the students’ robes and the gorgeous location.

Carolyn and one of the university students 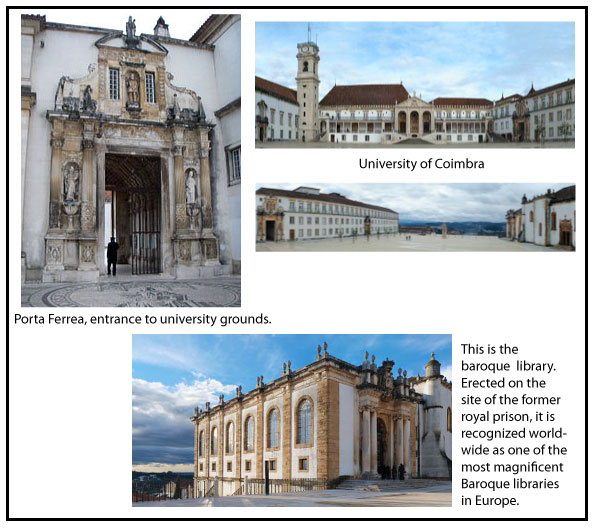 Prior to being a University, this building was the Royal Palace (for four centuries!). The first of all the royal residences in Portugal, the Palace was inhabited by monarchs between the 12th and 15th centuries. In 2013, UNESCO added the university as a World Heritage site based on its architectural and artistic heritage.

While at the conference, Dr. Webster-Stratton had a chance to find out what was happening in the Psychology and Education departments at the University. She met a dynamic team of people who are delivering the Incredible Years programs with different populations.  She was impressed with their commitment to quality delivery of the programs as prevention programs as well as treatment programs for children with ADHD and conduct problems, and with their dedication to evaluating their results.


TV local news interviews Carolyn and the two Portuguese researchers who brought the program to Portugal.
(some of this is in English and some in Portuguese language ~ take a look at the beautiful university)

Consultation Day:  Carolyn began her visit with a group leader consultation day that was co-led with  Maria Filomena and Maria João, two psychology professors completing their Incredible Years mentor training. There were 11 participants attending who showed 6 different DVDs of their parent group work.  These clinicians had previously delivered any where from 2 to 7, 14-week groups.  The day began with three psychiatrists presenting 2 DVDs of their work delivering the parent program in the psychiatry department at the Realidade Hospital in Porto. The next two psychologists presented their delivery of the IY parenting program with residential care workers. The remaining psychologists showed their group session DVDs with parents of children with ADHD and ODD. It was a packed agenda with participants having carefully determined their goals and segments of video they wanted to show for feedback. The group was very open to feedback and readily engaged in practices and shared ideas for helping support parents’ learning and confidence in their parenting approaches. 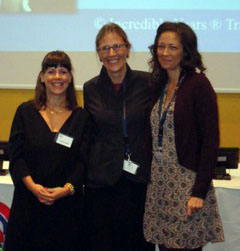 Conference Day: This was a truly amazing and packed day that started at 10 am and went overtime until 7:30 pm with most people staying until the conclusion.  There were approximately 180+ participants with 50 of these being parents who had participated in IY parent groups. Additionally there were at least as many teachers participating as well as psychologists. There was a great deal of excitement as people greeted each other.  In addition to Carolyn’s two presentations there were 8 other presentations of research that has been conducted with the Incredible Years parent and the teacher programs. All outcomes are looking very promising with improvements in parenting and teacher practices as well as reductions in children’s behavior problems.  Drop outs are low and satisfaction reports very positive.  Research with the families of children with ADHD has recently been accepted for publication. 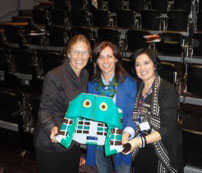 Carolyn with Vera Maria Silverio do Vale, who did her research with Teacher Classroom Management, and a teacher with a turtle shell

It certainly appears that this very energetic and collaborative team have successfully transported the Incredible Years Programs to Portugal.  They have accomplished a great deal and even Wally Problem Solver and Dina Dinosaur have learned to speak Portuguese!